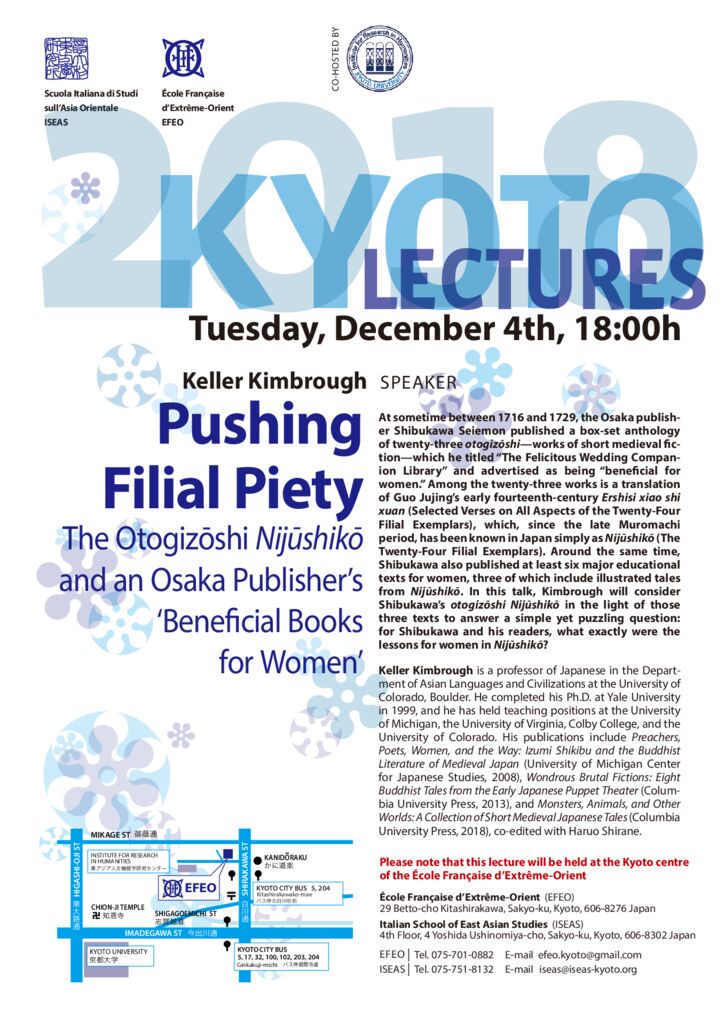 At sometime between 1716 and 1729, the Osaka publisher Shibukawa Seiemon published a box-set anthology of twenty-three otogizôshi —works of short medieval fiction—which he titled “The Felicitous Wedding Companion Library” and advertised as being “beneficial for women.” Among the twenty-three works is a translation of Guo Jujing’s early fourteenth-century Ershisi xiao shi xuan  (Selected Verses on All Aspects of the Twenty-Four Filial Exemplars), which, since the late Muromachi period, has been known in Japan simply as Nijûshikô  (The Twenty-Four Filial Exemplars). Around the same time, Shibukawa also published at least six major educational texts for women, three of which include illustrated tales from Nijûshikô. In this talk, Kimbrough will consider Shibukawa’s otogizôshi Nijûshikô  in the light of those three texts to answer a simple yet puzzling question: for Shibukawa and his readers, what exactly were the lessons for women in Nijûshikô ?