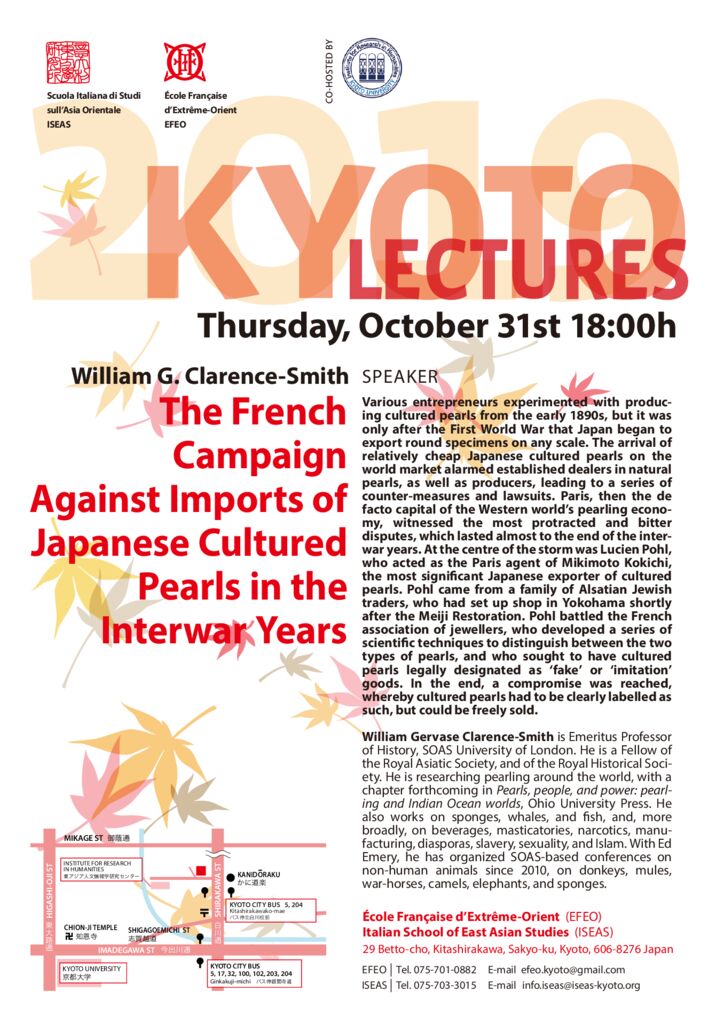 Various entrepreneurs experimented with producing cultured pearls from the early 1890s, but it was only after the First World War that Japan began to export round specimens on any scale. The arrival of relatively cheap Japanese cultured pearls on the world market alarmed established dealers in natural pearls, as well as producers, leading to a series of counter-measures and lawsuits. Paris, then the de facto capital of the Western world’s pearling economy, witnessed the most protracted and bitter disputes, which lasted almost to the end of the interwar years. At the centre of the storm was Lucien Pohl, who acted as the Paris agent of Mikimoto Kokichi, the most significant Japanese exporter of cultured pearls. Pohl came from a family of Alsatian Jewish traders, who had set up shop in Yokohama shortly after the Meiji Restoration. Pohl battled the French association of jewellers, who developed a series of scientific techniques to distinguish between the two types of pearls, and who sought to have cultured pearls legally designated as ‘fake’ or ‘imitation’ goods. In the end, a compromise was reached, whereby cultured pearls had to be clearly labelled as such, but could be freely sold.

William Gervase Clarence-Smith is Emeritus Professor of History, SOAS University of London. He is a Fellow of the Royal Asiatic Society, and of the Royal Historical Society. He is researching pearling around the world, with a chapter forthcoming in Pearls, people, and power: pearling and Indian Ocean worlds, Ohio University Press. He also works on sponges, whales, and fish, and, more broadly, on beverages, masticatories, narcotics, manufacturing, diasporas, slavery, sexuality, and Islam. With Ed Emery, he has organized SOAS-based conferences on non-human animals since 2010, on donkeys, mules, war-horses, camels, elephants, and sponges.