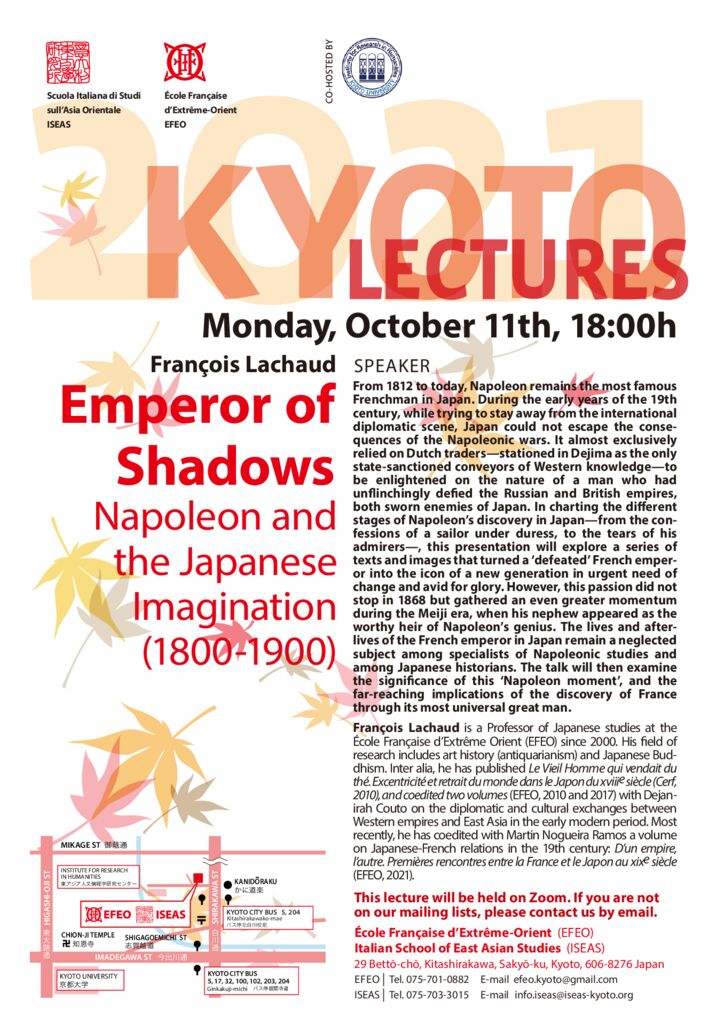 From 1812 to today, Napoleon remains the most famous Frenchman in Japan. During the early years of the 19th century, while trying to stay away from the international diplomatic scene, Japan could not escape the consequences of the Napoleonic wars. It almost exclusively relied on Dutch traders—stationed in Dejima as the only state-sanctioned conveyors of Western knowledge—to be enlightened on the nature of a man who had unflinchingly defied the Russian and British empires, both sworn enemies of Japan. In charting the different stages of Napoleon’s discovery in Japan—from the confessions of a sailor under duress, to the tears of his admirers—, this presentation will explore a series of texts and images that turned a ‘defeated’ French emperor into the icon of a new generation in urgent need of change and avid for glory. However, this passion did not stop in 1868 but gathered an even greater momentum during the Meiji era, when his nephew appeared as the worthy heir of Napoleon’s genius. The lives and afterlives of the French emperor in Japan remain a neglected subject among specialists of Napoleonic studies and among Japanese historians. The talk will then examine the significance of this ‘Napoleon moment’, and the far-reaching implications of the discovery of France through its most universal great man.