A unique series of publications devoted to the study of epigraphical sources in the East Asian context. Outstanding specialists of the field present here annotated editions and translations of important inscriptions together with the results of research related to those texts. 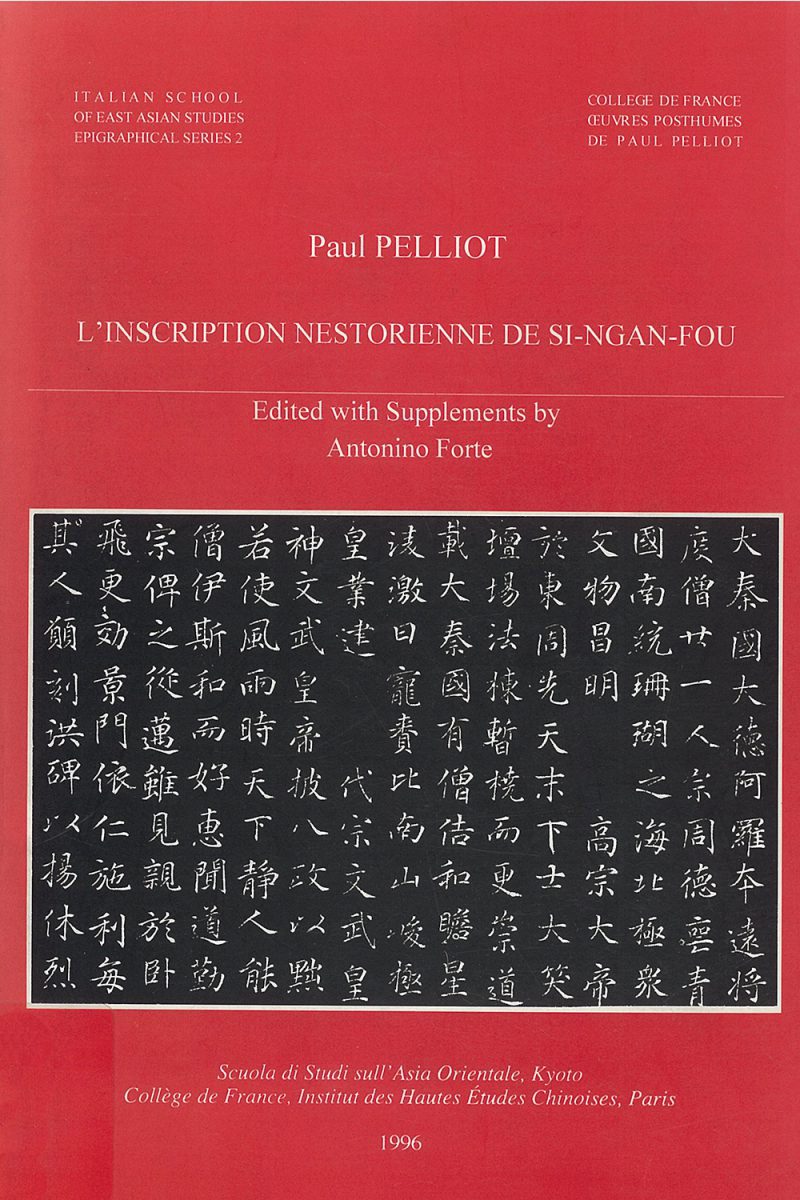 This is a posthumous work by Paul Pelliot on the well-known monumental stele discovered in 1623 (or 1625). Dating back to 781, the inscription on the stele has constituted evidence for the transmission of Christianity in China already in Medieval times. The volume includes a lavishly annotated translation of the text as well as an introductory study in the stile who made of Pelliot one of the founding fathers of European sinology. It also collects four essays by Antonino Forte to complement Pelliot's arguments: "The Edict of 638 Allowing the Diffusion of Christianity in China"; "On the So-called Abraham from Persia,  a Case of Mistaken Identity"; "The Chongfu-si 祟福寺 in Chang’an, a neglected Buddhist Monastery and Nestorianism"; "A literary model for Adam. The Dhuta Monastery Inscription". Published in association with the Collège de France.