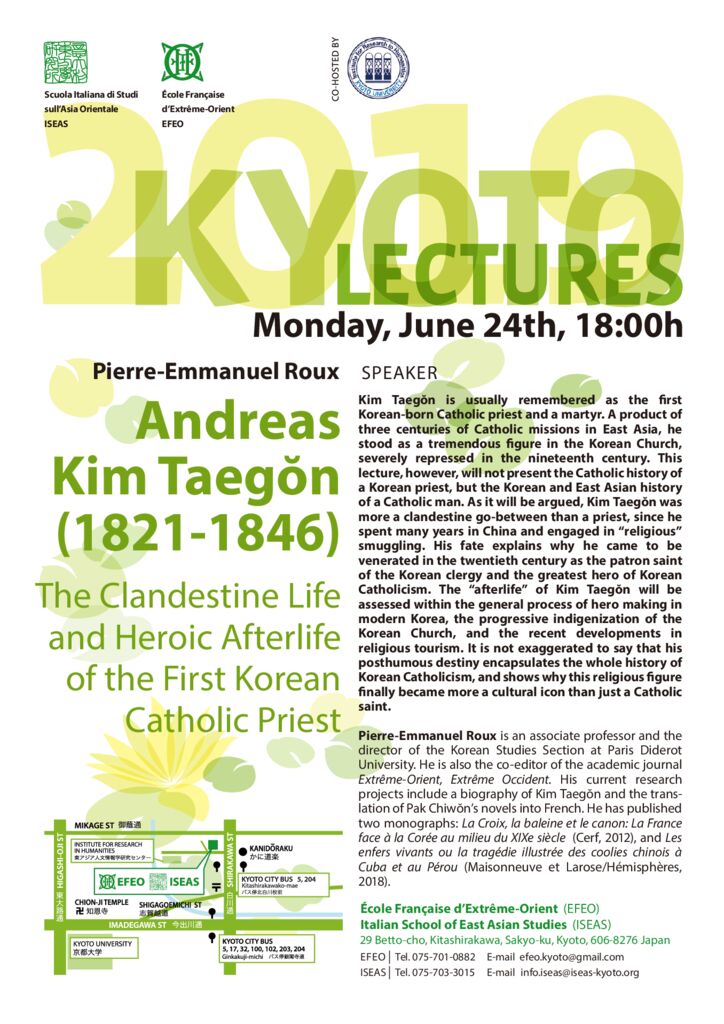 Kim Taegǒn is usually remembered as the first Korean-born Catholic priest and a martyr. A product of three centuries of Catholic missions in East Asia, he stood as a tremendous figure in the Korean Church, severely repressed in the nineteenth century. This lecture, however, will not present the Catholic history of a Korean priest, but the Korean and East Asian history of a Catholic man. As it will be argued, Kim Taegǒn was more a clandestine go-between than a priest, since he spent many years in China and engaged in “religious” smuggling. His fate explains why he came to be venerated in the twentieth century as the patron saint of the Korean clergy and the greatest hero of Korean Catholicism. The “afterlife” of Kim Taegǒn will be assessed within the general process of hero making in modern Korea, the progressive indigenization of the Korean Church, and the recent developments in religious tourism. It is not exaggerated to say that his posthumous destiny encapsulates the whole history of Korean Catholicism, and shows why this religious figure finally became more a cultural icon than just a Catholic saint.