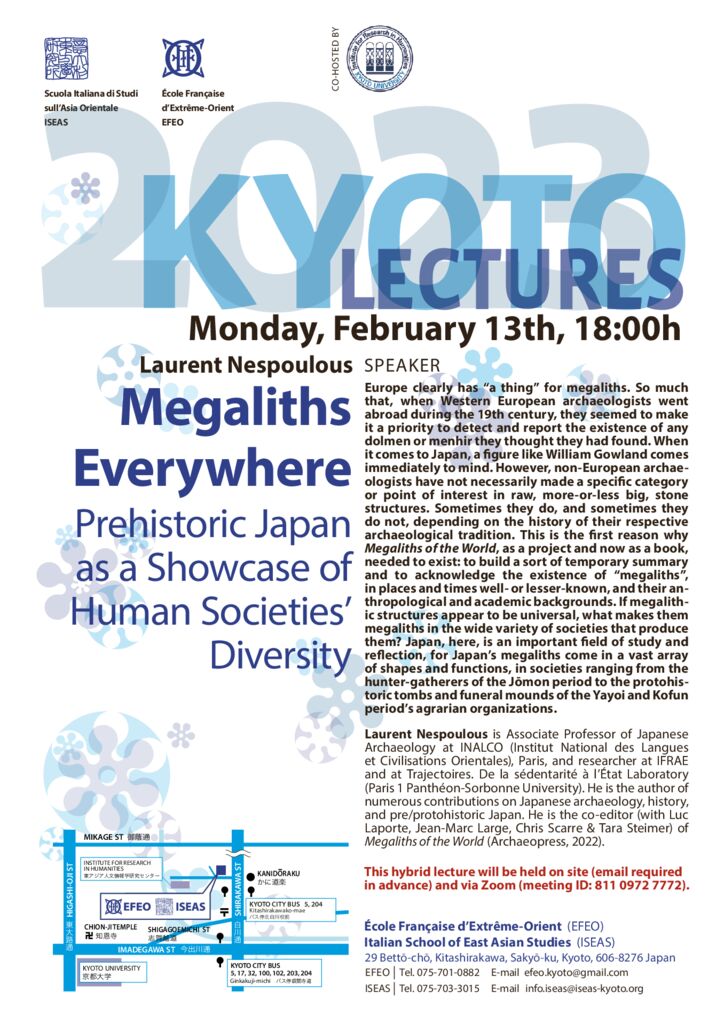 Prehistoric Japan as a showcase of human societies’ diversity

Europe clearly has “a thing” for megaliths. So much that, when Western European archaeologists went abroad during the 19th century, they seemed to make it a priority to detect and report the existence of any dolmen or menhir they thought they had found. When it comes to Japan, a figure like William Gowland comes immediately to mind. However, non-European archaeologists have not necessarily made a specific category or point of interest in raw, more-or-less big, stone structures. Sometimes they do, and sometimes they do not, depending on the history of their respective archaeological tradition. This is the first reason why Megaliths of the World, as a project and now as a book, needed to exist: to build a sort of temporary summary and to acknowledge the existence of “megaliths”, in places and times well- or lesser-known, and their anthropological and academic backgrounds. If megalithic structures appear to be universal, what makes them megaliths in the wide variety of societies that produce them? Japan, here, is an important field of study and reflection, for Japan’s megaliths come in a vast array of shapes and functions, in societies ranging from the hunter-gatherers of the Jōmon period to the protohistoric tombs and funeral mounds of the Yayoi and Kofun period’s agrarian organizations.