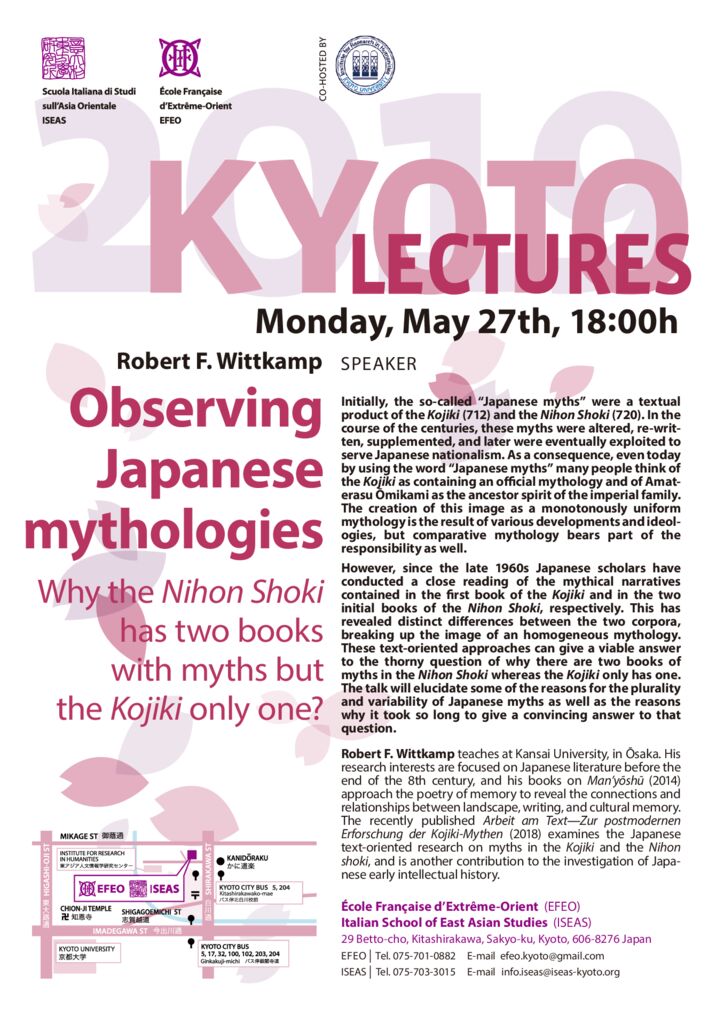 Why the Nihon Shoki has two books with myths but the Kojiki only one?

Initially, the so-called “Japanese myths” were a textual product of the Kojiki (712) and the Nihon Shoki (720). In the course of the centuries, these myths were altered, re-written, supplemented, and later were eventually exploited to serve Japanese nationalism. As a consequence, even today by using the word “Japanese myths” many people think of the Kojiki as containing an official mythology and of Amaterasu Omikami as the ancestor spirit of the imperial family. The creation of this image as a monotonously uniform mythology is the result of various developments and ideologies, but comparative mythology bears part of the responsibility as well.

However, since the late 1960s Japanese scholars have conducted a close reading of the mythical narratives contained in the first book of the Kojiki and in the two initial books of the Nihon Shoki, respectively. This has revealed distinct differences between the two corpora, breaking up the image of a homogeneous mythology. These text-oriented approaches can give a viable answer to the thorny question of why there are two books of myths in the Nihon Shoki whereas the Kojiki only has one. The talk will elucidate some of the reasons for the plurality and variability of Japanese myths as well as the reasons why it took so long to give a convincing answer to that question.

Robert F. Wittkamp teaches at Kansai University, in Osaka. His research interests are focused on Japanese literature before the end of the 8th century, and his books on Man’yoshu (2014) approach the poetry of memory to reveal the connections and relationships between landscape, writing, and cultural memory. The recently published Arbeit am Text—Zur postmodernen Erforschung der Kojiki-Mythen (2018) examines the Japanese text-oriented research on myths in the Kojiki and the Nihon shoki, and is another contribution to the investigation of Japanese early intellectual history.